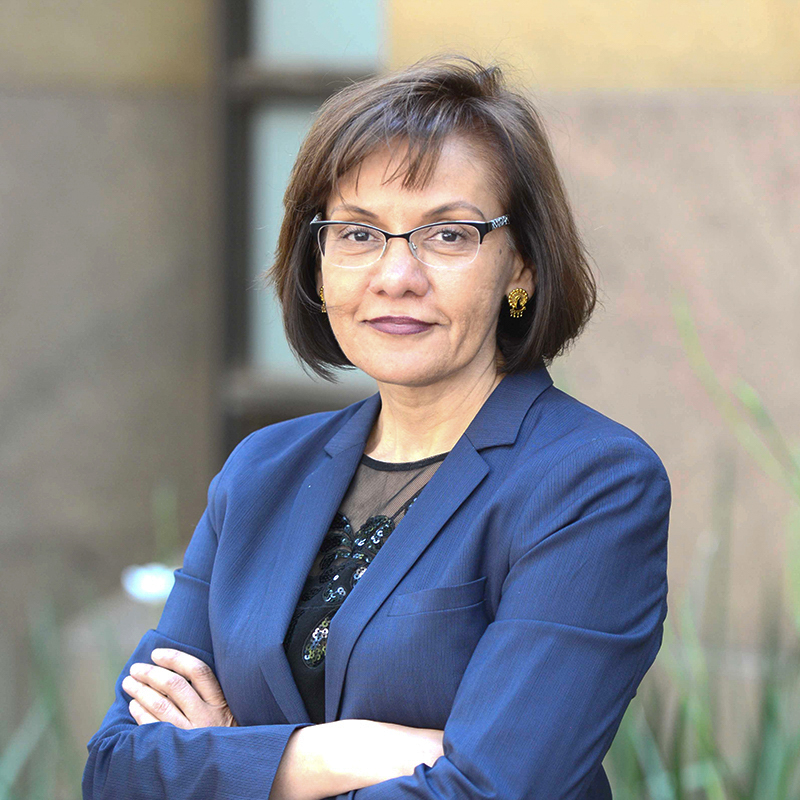 She has also served as an acting judge in both the Labour Court and the High Court and is a former National President of the South African Society for Labour Law (SASLAW).

Shamima has been a non-executive director of the South African Reserve Bank since August 2020.

Shamima lectures in the Labour Law Masters programme at the School of Law, University of the Witwatersrand, from time to time. She has also authored numerous legal articles in various texts and journals. These include two papers, Affirmative Action – Concepts and Controversies, and Employment Equity and Anti-Discrimination Law: The Employment Equity Act 12 Years On, both published in the Industrial Law Journal.

Shamima received a Bachelor of Arts (BA) in 1984 and a Bachelor of Laws (LLB) in 1989, both from the University of the Witwatersrand. This was followed by a Master of Laws (LLM) at the London School of Economics and Political Science in 1993.